After two years from concept to completion, WAGLHS, assisted by other members and local community, put on a two day exhibition in Whitchurch Memorial Hall on the 10th & 11th November 2018.

Anticipating that there would be many celebrations on the centenary of armistice day we decided ours would have a slightly different theme along the lines of what life was like on the home front and how they lived in those dark and difficult days of WW1.

So much research for facts, figures, photographs, documents and artefacts was necessary to assemble the material for a successful exhibition which also included refreshments and live entertainment, suitable for all ages. Yes from as young as two. One little girl did not want to part with a WW1 toy exhibit.

• Details of the 25 fallen soldiers, their service abroad and how they died. A map pointed out where they lived locally. 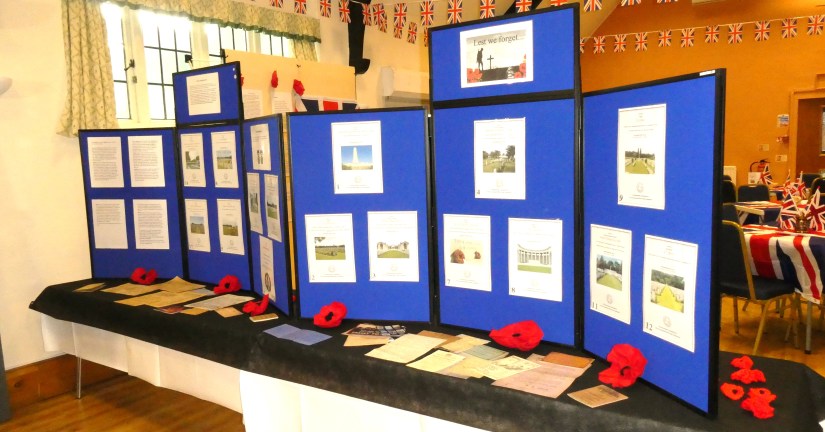 25 red dots. Each one on the place where a fallen soldier once lived.

Then look them up on the list and see more details about each soldier on the individual pages.

• The Role of Men at home & Conscientious Objectors;

• Use of animals including the Pigeon Corps; 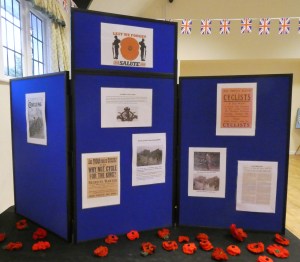 • Home Life during the war years;

• Posters, games & comics/magazines and some model aeroplanes from the time.

• The role of the Ministry of Food and food shortages

• The Cycling corps was featured and an example of a ‘Gents Roadster’ bicycle from the period was displayed.

Whitchurch Primary School pupils helped with some of there own research and material forming a popular exhibits in and outside the hall.

On Saturday afternoon the Beaujoladies sang a mixture of WW1 & WW2 songs, which were very much enjoyed.

The local heroine Dorothy Peel O.B.E., who was born at Doward House and christened at Ganarew church, was at the forefront of the event and a play outlining highlights from her life was written and performed by Sam Densham on Saturday evening.  Dorothy came to fame as a journalist and writer and became renowned for her recipes.  Cakes to her recipes were made by the local church ladies and served throughout the weekend.

The usual memorial service was held in the Memorial Hall on Sunday afternoon and was attended by some 120 people.  Afterwards there was a lighted procession to the Beacon in the centre of the village where the ‘Last Post’ was played and a ‘ring of light’ formed to represent the 25 soldiers who died.  Refreshments were provided and a great time was had by all. 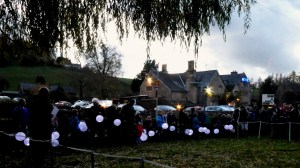 In every aspect this event turned out to be well attended,a great success and raised over £260.00 for Help for Heroes.