In common with other W I groups in 1965, Whitchurch Women’s Institute compiled a scrap book as part of their local jubilee celebrations. Whereas the 1965 version just focused just on the lifestyles and a material record of things as they were then, it was intended to be entirely local.  No comparison with the previous era was made but we can use our imagination. This is now stored and available for public viewing at HARC, Hereford. 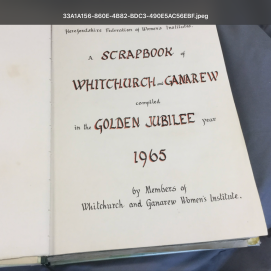 ‘A Slice of Life 2020’ is to be our equivalent of the 1965 edition, not just a reproduction of the original using 2019 subjects, but some new and some original.

When considering the new 2020 publication it becomes immediately apparent that we are confronted with two lines of interest. The first being that of a straightforward record of our life style today to be read in perhaps another 55 years and more, but also, inevitably and just as important, it cannot help being an illustration of how things have changed in the last 55 years.

Although there never was an even earlier Whitchurch scrap book from the early 1900’s, it is still worth thinking about how much life has changed in the first half of the 20th century.

In 1900 there were still a few homes in our villages without electricity, flush toilets and piped water.

Just newspapers, letters and word of mouth for communication. (The BBC public broadcasting service only started in 1922). Some of our older inhabitants might not have ever traveled much further than Ross, or, if they were very lucky, Barry Island.

By comparison with 1900, and with two world wars in between, in 1965 lifestyles had started to change rapidly.  Probably the biggest change in any previous  generations lifetime.  The introduction of mass private ownership of motor vehicles in the U K, holiday travel abroad for the average family and continental holidays for almost everyone, telephones and radio in the home and of course, TV, and a much improved standard of living. Inevitably people’s interests had become of much more global affairs.

Vladimir Raitz offered the first continental package holidays in 1950 using government surplus Douglas Dakota DC3 aircraft from the Berlin airlift, plus a few seats.  Remember that? (#1) In 1965 he acquired Sky Tours and Riviera Holidays and created the first affordable to the masses, all inclusive 2 week package tour holidays to Spain from £29.00 Majorca, Malaga and the Costa Brava for between £37 and £42. (#2) 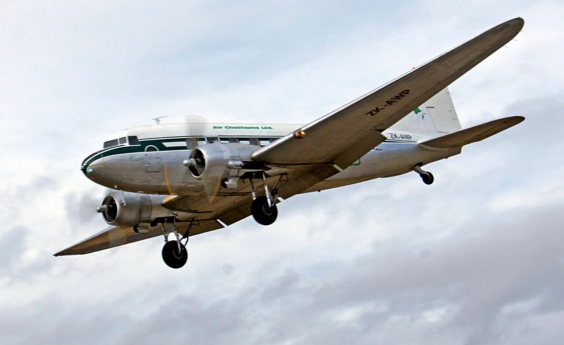 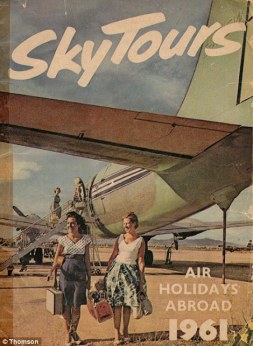 By comparing the period up to the 1965 publication to a similar period since, changes in technology have happened so fast that would have been unimaginable by our forebears.

But just as in 1900 some families lived without the basic requirements of electricity etc, nowadays there are still many older people who shun the advances and advantages of this ‘digital’ age and a few still refuse to use a computer and some cannot even come to terms with a digital room thermostat on their central heating system.

Made possible by the technological advancement of machines, computers, communications, we have traversed from a period when the average British person had never traveled beyond our shores, to:-

Yet despite all this we humans alone have already made inroads into irreversibly polluting our planet by littering land and sea with pieces of plastic rubbish and near space with millions of pieces of debris. (#11)

In 2019 we have so many concerns about how we have abused our planet by using it as a dumping ground for non-degradable plastics and chemical pollutants (#12) (12a) in an irreversible way.  Perhaps this is an indication of the major way change is going affect us within the next 55 years.

So what would best sum up the changes we ourselves experience to date?  Surely this must be communications technology.  Computers, mobile phones and electronics are in our homes, our cars and sometimes, micro chips even inside our own bodies; even in our pets.  In our daily lifestyle most of us have become almost totally reliant on digital communications, (#13) not just between each other, but controlling just about every aspect of our life outside and inside our own bodies.

Only 50 years ago a most advanced computers could occupy a large space in an office or laboratory.  (#14) Transistors were enabling them to be much more compact and affordable for businesses. Then came the microchip with a few hundred miniature transistors on one chip. (#17). As of 2019, the largest transistor count in a commercially available microprocessor is 39.54 billion.

At the heart of all our computers is a silicon chip. (#15)   It has been improved so much that it is nearing the end of its development potential.

The first very basic quantum computer is in its initial trial stages. (#16)  Unless we have studied quantum mechanics we cannot understand them, perhaps just another phrase in science fiction, but in 2075 our youngsters may well take them for granted.

In September 2019 a scientific team of researchers at Google described how they had used a quantum computer to complete, in three minutes, a calculation that would have taken a classical machine 10,000 years to crunch through.

Our electronically controlled devices and machines use digital systems to communicate with one another, machine to machine, to manufacture goods, sometimes with little or no human interaction.

Just as our grandparents, or even our parents, might not have envisaged the changes that have taken place since their lives, so we cannot anticipate all the future changes over a similar period in future. We can only guess. Science fiction has has so often become reality. Spacecraft on the edge of our solar system and beyond. Quantum computers operating at unimaginable speeds.

All of these things are generally considered to be advantageous for us.  Only because, as yet, we control them and they don’t yet control us. But they might be? What about irreversibly polluting our planet and climate change?

This site uses Akismet to reduce spam. Learn how your comment data is processed.