In the latter part of the 19th Century a woman called Molly Green lived in a house called Horse Pool Cottage, the nearest dwelling to Horse Pool itself. She was known as Old Molly Green and was reputed to be a ‘very dangerous woman’, believed to be responsible for a number of worrying incidents.
She was alleged to have put a spell on a tree on her land to deter young lads who came to steal her mistletoe. Later one boy fell from a tree and broke a limb. Supposedly she also cursed her neighbour, Mother Watkins, who was very soon afterward severely burned when her washing, which was drying in front of the fire, fell into the flames and caught alight. In another incident some men came to cut down some Poplar trees of which she was fond, she cursed the men and their axes fell apart during the task. 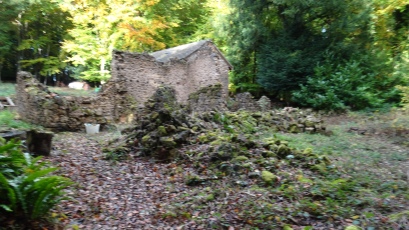 This is thought to be Old Molly Green’s house, Gt Doward. 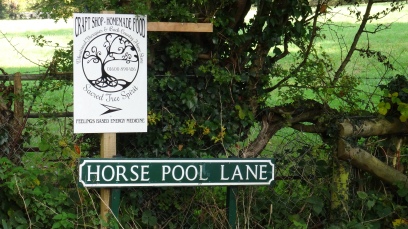 There is not much left now of what we believe is Horse Pool Cottage but the ruined walls can still be seen if you know where to look. Sometimes The Horse Pool contains water and sometimes it is dry but it can be seen from the other side of the wire fence beside the land. Have a look at the map and you should be able to find the remains.
Be careful lest strange things happen to you!

This site uses Akismet to reduce spam. Learn how your comment data is processed.